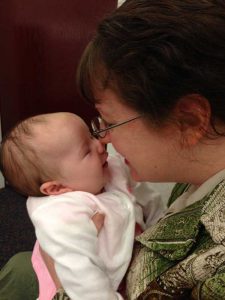 END_OF_DOCUMENT_TOKEN_TO_BE_REPLACED

So, Les Misérables.  But first a disclaimer.  As some of you already know, I have a bit of background in vocal performance.  Les Miz is my favorite musical, and I’ve seen it live twice.  So that’s the perspective from which I write.  (Side note: I started writing this waaaaay back in December, when we saw the movie, and I’m just now getting around to posting it.)  Now that you’ve been fairly warned… END_OF_DOCUMENT_TOKEN_TO_BE_REPLACED

Today I had the opportunity to teach a priesthood lesson on adversity.  It was interesting to see the lesson take an unusual turn.

LDS theology says adversity comes to an individual’s life for any of a number of reasons:

There are probably other fine distinctions that I’ve missed, but that pretty much covers it.  I think this is pretty much in agreement with the wider Christian community.  But there’s an additional reason that is found in LDS scripture.  I hadn’t planned on really hitting it too hard, but it as it arose as a topic of discussion in class, I went with it.  And that additional reason is this: sometimes, the Lord intentionally imposes adversity upon His children to help them to grow. Consider Mosiah 3:19:

For the natural man is an enemy to God, and has been from the fall of Adam, and will be, forever and ever, unless he yields to the enticings of the Holy Spirit, and putteth off the natural man and becometh a saint through the atonement of Christ the Lord, and becometh as a child, submissive, meek, humble, patient, full of love, willing to submit to all things which the Lord seeth fit to inflict upon him, even as a child doth submit to his father. (emphasis added)

Some raised the notion that the Lord sometimes allows us to endure the consequences of our poor behavior so that we learn good from evil.  True enough, but that’s not what’s being suggested here.  It’s one thing for a parent to allow a child to hurt due to poor judgment; it’s another thing entirely to suggest that the Lord would deliberately place adversity in that child’s life – to “inflict upon him” discomfort, suffering, even pain.

But I was reminded of some amazing YouTube videos I found recently.

Since the lesson had migrated to this discussion of the Lord intentionally giving us adversity, I showed this to the class on the iPad (gotta say: that thing has got to be a game changer for classroom instruction).  I made a point of skipping to 2:05 to show the lady tossing the baby in the water.  Does little Rene look or sound to you like he’s having a good time?  But lest you think of this as child abuse, consider that, given enough time and training, the kids can do this:

I found these links, with others, on this Metafilter post. Read the comments for some comedy gold.  As I pointed out to the class, these videos suggest that parents of toddlers have the following options when it comes to their children’s safety around swimming pools:

If you choose door #3, you’re almost certainly electing something that can be unpleasant and downright frightening for your child, and for you.  But it could result in something that will be a blessing to that child’s life.  LDS theology suggests that God can operate much the same way in our spiritual lives.  As it happens, C.S. Lewis agreed.  From Mere Christianity:

The command Be ye perfect is not idealistic gas. Nor is it a command to do the impossible. He is going to make us into creatures that can obey that command. He said (in the Bible) that we were ‘gods’ and He is going to make good His words. If we let Him – for we can prevent Him, if we choose – He will make the feeblest and filthiest of us into a god or goddess, a dazzling, radiant, immortal creature, pulsating all through with such energy and joy and wisdom and love as we cannot now imagine, a bright stainless mirror which reflects back to God perfectly (though, of course, on a smaller scale) His own boundless power and delight and goodness. The process will be long and in parts very painful; but that is what we are in for. Nothing less. He meant what He said. (boldface added)

The world abounds with examples that progress only comes through discomfort and trial.  The best grapes come from vines that are a little bit stressed out.  Every non-juiced bodybuilder will tell you that great strength is achieved only through tremendous effort and pain.  The strongest steel is produced only from intense heat.  And the most righteous, Godlike people around are those purified and strengthened by the fire of adversity.  And because He is looking to produce the very best, sometimes God sparks that fire deliberately.  I hadn’t planned to go there during the lesson because, well, it’s just a very uncomfortable teaching, but it’s true nonetheless.

One final thought.  I read a quote on Times and Seasons a while back that I can’t find, but has always stuck with me: “Study of adversity tends to weaken faith.  Experience of adversity tends to strengthen it.”  Maybe they posted it with attribution to somebody.  Whatever – it’s just very, very true.

Dovetailing beautifully off my prior post on social media and Google, Danny Sullivan delivers a fantastic report on how Google and Bing are incorporating Facebook and Twitter linkage into their search results.  The closing graphs say it all:

In the end, it’s clear that Twitter data especially plays a role in web search, these days. Who you are is being understood. Are you a trusted authority or not? If there’s PageRank for pages, both search engines have a form of TwitterRank for people.

Meanwhile, retweets serve as a new form a link building. Get your page mentioned in tweets by authoritative people, and that can help your ranking in regular search results, to a degree.

If you want to get traction online, social media engagement is mandatory, not optional.