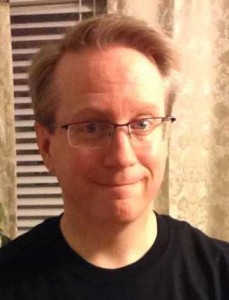 Having gone through a couple of online starter homes, this will be my long-term residence (albeit in a more or less ongoing state of renovation). Promise.

I was born and raised in the Houston area, and attended a collection of schools in the Houston metro area until my graduation from high school in 1993.

From 1994 – 1996 I served a two-year mission for the Church of Jesus Christ of Latter-day Saints among the Hispanic communities of central California. I remain a devout, practicing LDS Christian, and I still speak fluent Spanish, along with passable Brazilian Portuguese.

In 1997 I married, and took two years off from college so that my wife could finish her aerospace degree1 at Texas A&M University2. In 1999 I went back to school full-time and bounced around a few different schools and courses of study until I graduated from Arizona State University in 2004 with a B.A. in journalism and mass communications.

While in school I blogged for fun and experience, but like any semi-rational person I never thought it would translate into anything serious. Imagine my surprise, then, when after an ill-considered and abortive attempt at a meaningful career in broadcast news, I landed at the Alliance for School Choice in 2006 as a website editor (read: full-time blogger). In April of that year we launched Edspresso, the organization’s official blog. In January 2007, it got a mention in the Washington Post as being a notable education-related blog3.

Since leaving the Alliance I have moved deeper into online communications on a full-time4 and freelance basis, with a specialty in search engine optimization, content development and web communications/marketing strategy.  I carry Individual Qualifications in both and Google Analytics and Google AdWords. 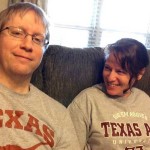 In 2013, I was accepted to the Executive MBA program at the University of Texas at Austin as a member of the Class of 2015.  Yes, that’s right – I married an Aggie and ended up becoming a Longhorn. I’m sure I’ll go into detail on that little adventure at some point.